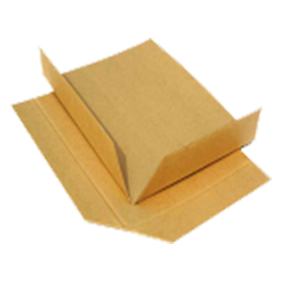 Ever find Pallets expensive, unhygienic, or often needed to be repaired or treated, making it very difficult to keep, handle and maintain? Say goodbye to Pallet and introduce an alternative is the Slip Sheet! Just like Pallets, Slip Sheets are used in materials handling for utilising space. However, compared to Pallets, Slip Sheets, on the other hand, is far cheaper, lighter, hygienic, wood-free, and 100% recyclable.

What are Slip Sheets?

Slip Sheets are thin sheets used to load or unload goods made of paper or corrugated materials, which come in various specifications to meet the different needs. Similarly, Slip Sheets are placed under a load, and with the help of the forklift’s fork, it is being pushed or pulled by a special attachment such as the “Push-Pull,” which can be easily attached to any forklift truck.

The Push-Pull grips and clamps onto the Slip Sheet tightly by the channelling, and by pulling the load with the Slip Sheet under them onto stable forks, it moves it all to a container. This allows the Pallets to remain at the warehouse, allowing you to reuse them without having to transport them back or fear misplacing them in the process of transportation. Of course, other attachments such as the Rollerforks and Modern Conveyor Systems can be used in place of the Push-Pull as well!

Tracing back to the mid-1940s, Slip Sheets were firstly used for canned fruits. Afraid that pallets would take up too much storage space as they had a significant depth, people opted for Slip Sheets to reduce storage costs. As time progressed, Slip Sheets’ use became more common as people realised that not only were Pallets challenging to maintain and unsanitary, the cost of Pallets was building up, which made them make the switch.

Moving forward to 1991, people discovered the many practical uses of Slip Sheets through the act by a computer company, Micropolis. Micropolis revolutionised Slip Sheets by using the application in airfreight which inspired many others to do the same. Today, Slip Sheets can be seen in several different industries and applications from semis, air, and sea to storage.

In comparison with Pallets, Slip Sheets offer a significant number of advantages that Pallets don’t.

Before converting to Slip Sheets, you should note a few points to ensure smooth loading and transportation of goods.